Angelica Herb plants are easy to care for long as they are kept in well-drained soil and are not left to get to dry during at any point during growing season. Angelica herb plants help flavor all kinds of foods and beverages we enjoy today, including some of the flavors we savor in martinis and the flavor also appears in many other gins and types of vermouth as well.

This is an herbal plant that became popular throughout Europe and has since spread to be popular throughout other parts of the world as well, such the US during more recent years. Angelica herbs are also often used for other, various teas or as parts of some seasonings for food as well.

The best news is that you can grow this herb right in your own backyard, so you can use in your alcoholic beverages and in your cooking recipes alike. Angelica herbs can grow in a lot of the same climates that other plants such as parsley or carrots can grow in as they are related in the same plant family as both of those plants.

Seed Sowing Depth: Angelica Herb seeds should be planted at a depth of between about 1" beneath the surface of the soil. Each cluster of plants should include several seeds so they ensure chances of germination are high as possible. Each cluster of seeds should be spaced between 3-4" apart and each row should provide about 12" or 1' or even up to 24" or 2' apart to allow plenty of space between them, allowing adequate space for seeds to germinate.

When to Sow: Angelica Herb seeds do the best when they are sown on a biannual basis as this plant's seeds generally last 2 years (or growing seasons). Some plants may last longer than 2 growing seasons, so splitting the plant to allow it to germinate again is recommended to keep it from growing out of hand in terms of size and height (4-6' is not an uncommon height for an Angelica Herb in it's 2nd harvesting season), or allowing it to take over your garden. Planting some of the plant each season ensures an adequate, consistent flow of the herb being available for your convenience and use. Grow Angelica Herb plants in the cooler months of spring after the last frost of that season or in early in the fall before the last frost as they prefer cooler, semi-shady conditions in which to grow, although they do need some periods of sunshine to grow to their full potential.

Keep the soil well-drained and the Angelica Herb is a very easy plant to take care of.

Sowing Indoors/Outdoors: Angelica Herbs are highly recommended to be sown outside as they can grow from 3-4' tall during the first growing season and oftentimes tall as 4-6' in the second season of growing. It would be very hard to grow a plant of that height in a pot in any sort of house! They also require at least 12" or 1' of space between each row to adequately grow out. Therefore, growing them inside would take an unreasonably fast amount of soil and space to make growing them there reasonable. Soil should also be well-drained, which requires more sunlight and heat to maintain, so growing the plant outside is the best for that as well.

Plants Heights/Widths: The average Angelica Herb will grow very tall, as in about 3-4' tall the first season it is growing and up to 4-6' tall in its second growing season. Angelica Herbs also require about 12" or 1' of space between each row to allow the plant adequate room to bush out as it matures.

Description/Colors: Angelica Herbs will grow in tall stalks that blossom with yellow flowers at the end of each stalk when the plant is nearing full maturity. The plant will grow taller in the second year of growth than in the first year, possibly doubling it's height from 3-4' in the first year to 4-6' by the end of the second germination year. The plant should be staked when it reaches a couple of feet tall to keep it from wilting and to help keep it standing tall, especially in it's second season of growth when it will get even taller.

Growth Habits: Angelica Herbs can take a few weeks to start shooting up through the soil and showing signs of growth, but once it starts growing it will continue to grow rapidly moving forward. Angelica Herbs will grow very tall, about 3-4' tall in the first year and 4-6' in their second year of growth.

General Info on the Herb/It's Use: Angelica Herb and its oils can be used for a variety of medicinal purposes and has long been used as traditional tonic herb to help treat even the most vulnerable populations including women, children, and the elderly. It is believed to strengthen the heart and provide a defense against general debility.

Angelica Herbs are also used in making many alcoholic beverages such as martinis, gins, and even types of vermouth.

Pests & Diseases: Angelica Herbs are susceptible to some pests and diseases just like any other herb or plant. Angelica Herbs are not often victimized by many sorts of pests and other creatures, however, Angelica Herbs can occasionally attract fungi if they are over watered and if they plant is not allowed adequate time to dry out between each time it is watered.

Also, occasionally Angelica Herbs are susceptible to pests including some bugs such as aphids. Using proper organic pesticides can usually rid the plant of these problems and help keep your Angelica Herbs growing healthfully for many years moving forward. 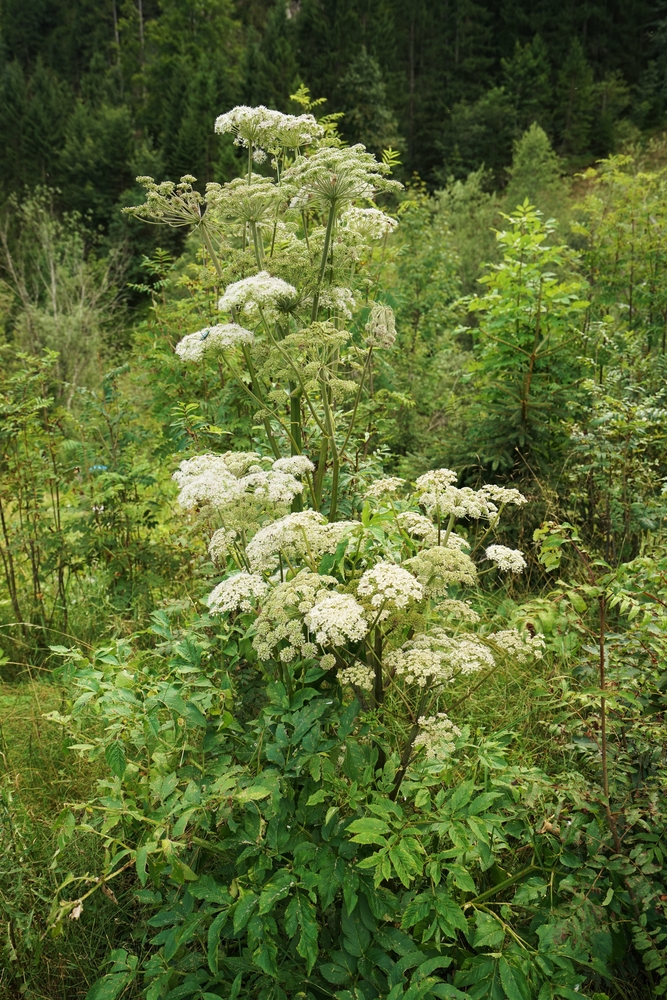 First off, it's noted that eating raw Angelica Herbs is actually said to be poisonous to humans, but it is often used in seasonings, alcoholic beverages, and various herbal medications. The leaves can begin to be harvested on the younger Angelica Herbs just a few months after they sprout. Young shoots are able to be collected as you need them soon as the plant is mature enough to grow the shoots back. Seeds from the plant are not collected until the 2nd growing season (year) in which the plants are growing.

All parts of the plant should be stored in cool, dry, air-tight containers and kept in a cool, dry place. Leaves and petioles should be used the same day or within a couple of days or frozen for later use.

Remember, when you are harvesting your Angelica Herb, every single part of that plant can be used in some way medicinally. There is no need for any waste on the Angelica Herb. Even roots can be harvested late in the first growing season and the plant will still come back the next year to grow more Angelica Herbs from.

However, any sort of over-harvesting can cause unnecessary damage to the plant, which could cause it to die off and never be able to grow back again.

Edible Uses & Flavors: Raw Angelica Herb is said to be poisonous and is not fit for human consumption. However, many seasonings, alcoholic beverages, and medicinal uses require all parts of the plant to be used in some way.

The health benefits of using Angelica Herb as a herbal remedy to what ails even women, children, and the elderly has been long used since the ancient times.

History of Angelica Herbs in Gardening & Popularity: While not grown in too many gardens, Angelica Herbs have been grown for a long time for use in medicines and to treat common ailments from intestinal gas to arthritis or other problems with heart conditions, skin conditions, nerve issues, or even sore joints. As a medicinal herb, it's said that Angelica Herbs are safe and gentle enough to be used even on women, children, and the elderly.

Each part of the plant has a different use and it can all be used for something to help those who are ailing. It's often still found in natural remedy medications that are made with herbs, even today in our more medically advanced, technological age.

It is worth noting, however, that Angelica Herbs CANNOT be consumed by humans in a raw state as it is severely poisonous to the human body! 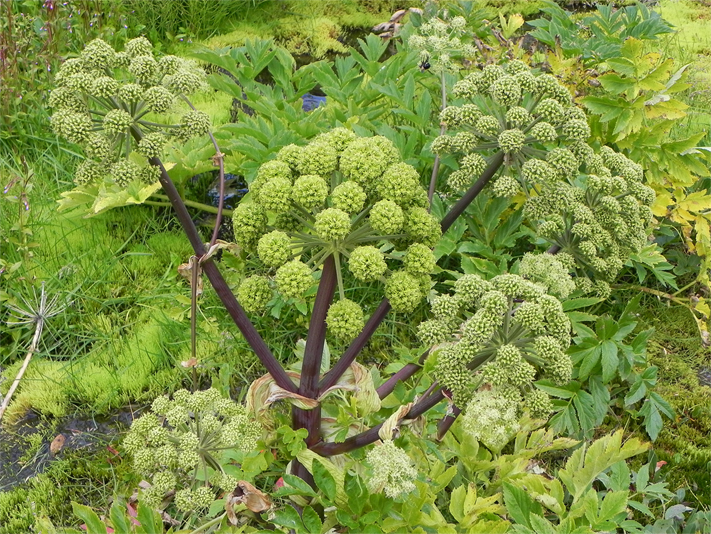