If you've read our post about catnip and  misbehaving cats, then you're probably expecting us to have a LOT of fun with this one.

Well, we're (mostly) grownups here at Seed Needs, and while we're not so stuffy that we can't enjoy a giggle or two, we're drop-dead serious about backyard whorticult—

We are pleased to offer  horehound seeds for those of you who like to expand their access to herbal healing and home-made candies. Horehound has a rich history as an old-fashioned dime-store treat, and as a convenient and widely-used remedy for coughs, colds, and asthma.

What's in a Name?

Horehound is thought by some to be named after the Egyptian god  Horus, fathered posthumously by Osiris after his body had been sewn together by the goddess Isis (though she discovered that a fish had eaten her husband's...oopsie  daisy. Let's just move on, shall we?)

Another theory on the origins of horehound's name relates to it's soft, thick, wrinkly, silvery-haired leaves. "Hoary" is an Old English term for "silver-haired", but that reference might be confused with "old as dirt". Also in Old English,  har and  hun mean downy plant.

The Hebrew word for "bitter juice",  marrob, is the likeliest inspiration for horehound's scientific name.

In any case, horehound's origins are well-documented in ancient Egyptian and Greco-Roman lore, and it's been a valued global herbal remedy ever since.

Now that we've apparently pulled ourselves together, let's learn more about cultivating horehound, and how we can put its medicinal uses to work!

Horehound in the Garden

Like other members of the mint family, horehound  (Marrubium vulgare) is  easy to grow, versatile in its uses, and attractive to butterflies, bees, and beneficial wasps. Horehound's Mediterranean origins make it an excellent choice for  low-water gardens or for covering up neglected corners of yet-to-be-landscaped yards.

Horehound is a  hardy perennial down to USDA zone 4, and it grows well in poor soils. The plant's downy leaf pairs—light green on top, and silvery underneath—alternate up a square stem, and tiny, white mid-summer flowers give way to barbed, burr-like seed pods.

Horehound grows up to 30" tall, with an upright, bushy habit.

Horehound's  flowers grow from the plant's axils (where the leaves meet the stem) in the plant's second year, and range from white to pink to lavender.

A useful  companion plant, Horehound is believed to improve the fruiting of peppers and tomatoes, likely due to it's attractiveness to pollinating insects.

Horehound is best propagated by seed, though it can also reproduce through cutting, layering and dividing the woody, clumping bases of mature plants.

Because horehound will forgive dry soil and it has spreading, shallow roots, it is an excellent candidate for  container gardening.

As long as the soil is well-drained, horehound will tolerate moist garden beds if allowed a drying period in the interim, but overwatering is a no-no.

Fertilization: Fertilization isn't necessary for horehound, but if you do supplement nearby plants, it will benefit from minimal added nutrients. It's like when someone orders a garden salad and nothing else, and mooches off your main course. Horehound's just a bit more laid back about it.

Trimming stalks back at the end of each season and again in early spring will rejuvenate growth and reduce accumulation of woody, older stems.

Pests & Diseases: Horehound is not particularly susceptible to pests, due to the dense hairlike covering on its leaves. In Australia,  biological controls using insects  specifically evolved to consume horehound have failed to affect unwanted horehound plants. When left to its own devices and not overwatered, horehound is highly resilient against common garden blights and disease.

Having said that, horehound's widespread naturalization and adaptability have made it an invasive species in many areas and branded as a noxious weed in states such as Texas. 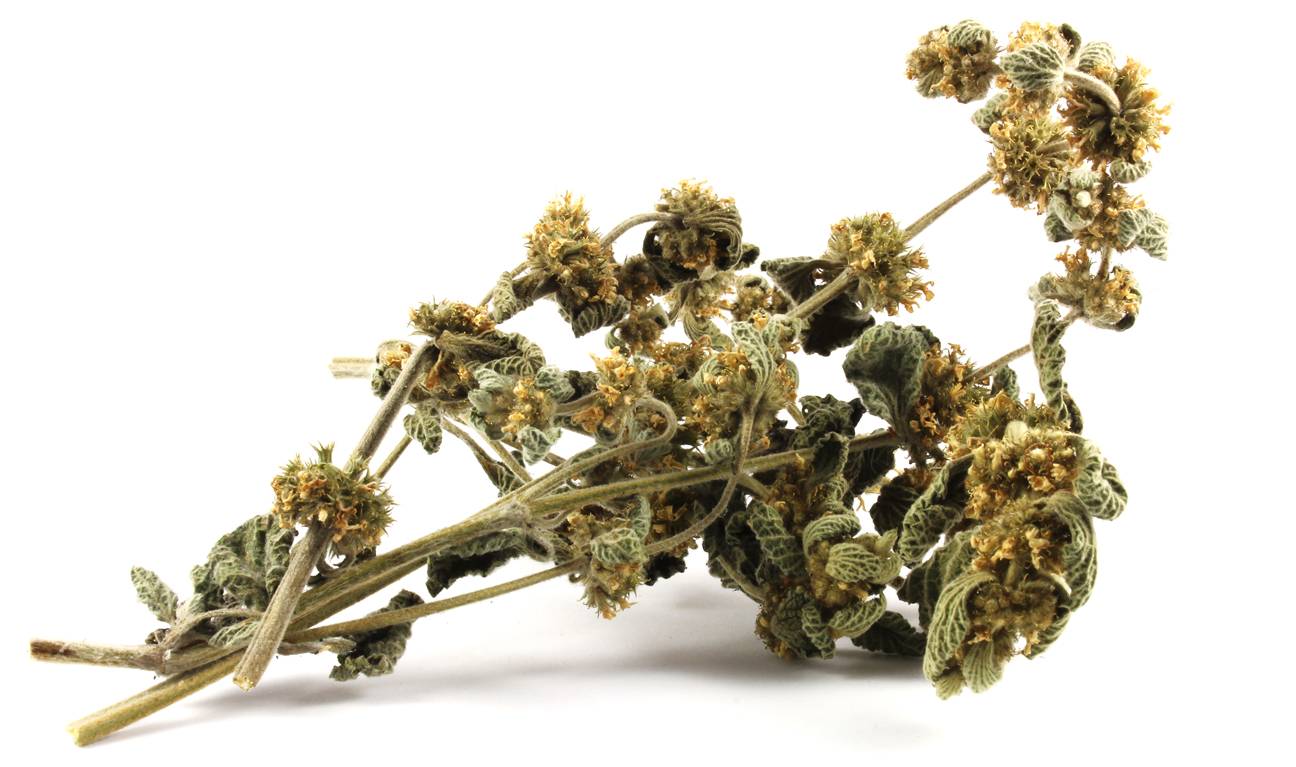 While the whole plant is useful, fresh horehound leaves harvested prior to bloom are the ideal ingredient for teas, lozenges, and garnishes. Harvesting your entire plant in its first year or early summer in its second helps prevent "escapees" from your garden.

Freezing horehound leaves on cookie sheets and storing in freezer bags will extend their lives, or you can freeze them with water in ice cube trays.

Dry leaves on a flat screen, or on whole stalks suspended in a warm, dry location, and then store in an airtight container in a cool, dry location.

It's frequently said that Caesar used a concoction of plantain and horehound as a poison antidote. When we did some research attempting to verify to which of the numerous paranoid Caesars the antidote anecdote (ha!) applies, we fell down this historical rabbit hole.

Horehound's biggest claim to fame is its effectiveness as a cough remedy. Juice boiled or steeped from the plant's bulky leaves are made into lozenges or sipped as hot or cold herbal tea. Its flowers, stems, and roots are also useful, though not as potent.

In addition to general respiratory ailments, horehound is used to reduce the symptoms of the following ailments:

Horehound is also useful in the following herbal roles: 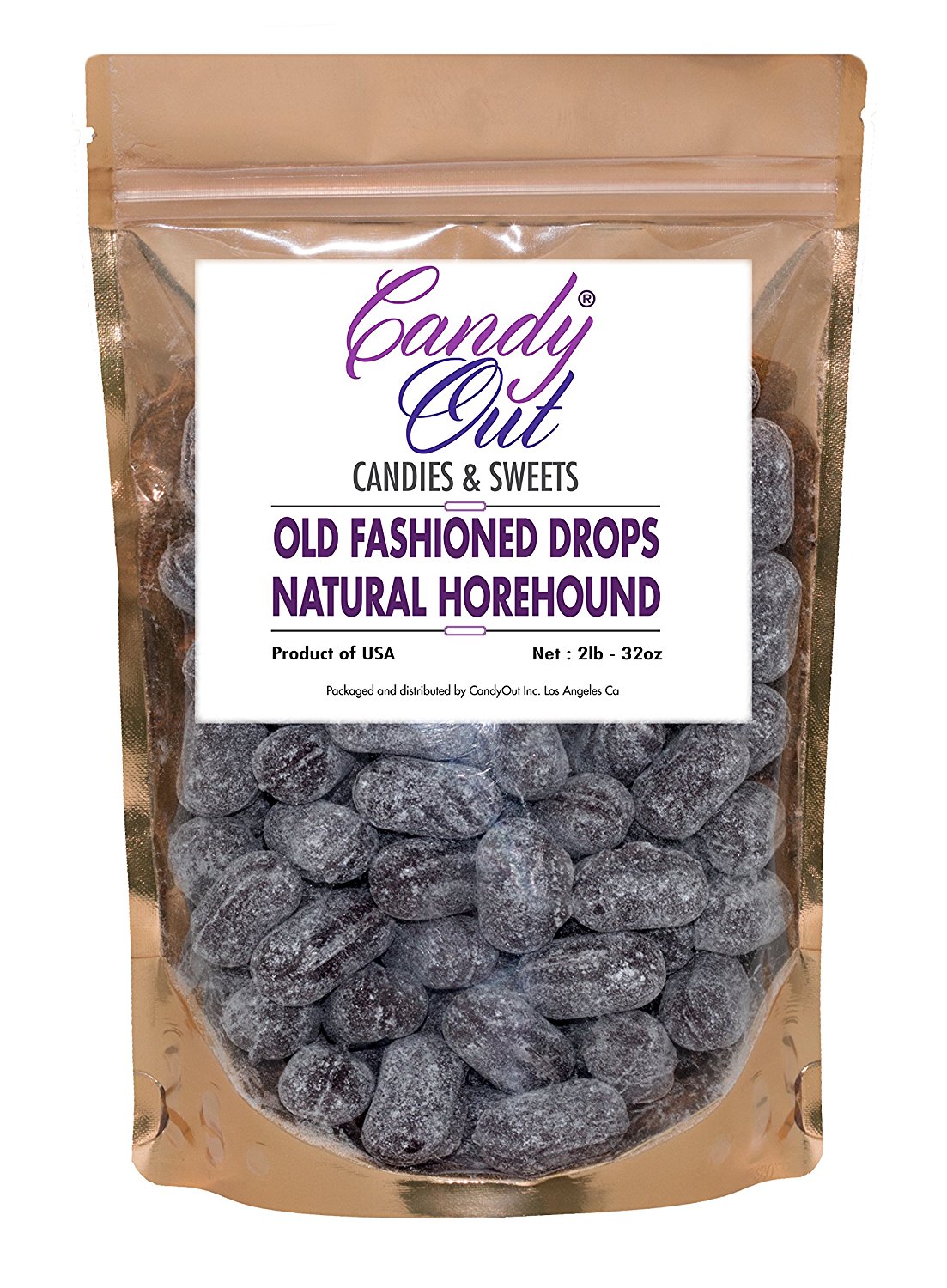 Horehound's flavor is often described as a cross between black licorice and root beer, with a bit of berry thrown in for good measure. Its bitterness requires sweetening, and honey tends to be the best match.

Sweetened horehound was a popular flavor back in the days when drugstores had old-fashioned soda fountains. Remember when Laura Ingalls would gaze longingly at the jars of treats at Oleson's Mercantile? You can bet there was horehound hard candy amid the tempting peppermints and licorice.

Depending on your age, you might remember your grandpa thinking that horehound drops were the best gosh-durn treat in the world; given that sweets were few and far between in times when recycling meant that old Sears catalogs became outhouse toilet paper, horehound penny candy sure was something special.

It's fun and easy to make your own horehound lozenges, and you can even get your kids to help you out. Technically, "lozenge" and "candy" are interchangeable in horehound recipes, but it's never wise to assign the term "candy" to any medicinal product in the presence of kids, even though one would have to consume very high concentrations of horehound to overdose on the herb.

Caution: Signs of overuse include pupil dilation, rapid heartbeat, hallucinations, and reduced saliva production. In all but the most extreme cases, symptoms should abate once horehound use is reduced or halted.

As with all herbal remedies, it's a good idea to consult with your doctor before using horehound medicinally if you or your family have existing health issues; horehound has been known to prevent iron absorption, and it should not be used by pregnant or lactating women.

Honey-based horehound lozenges: If you're trying to avoid refined sugar, or you want a recipe you can make using only three ingredients (handy in the apocalypse), check out this informative page.

Homemade Horehound and Marshmallow Cough Drops: This Mother Earth News writer revives an old MEN recipe for square-cut candies with enough sugar to erase your respiratory concerns...because you're worried about getting diabetes!

How NOT to make horehound candy: Because nobody's perfect! This modern homesteader's musings on gardening and DIY herbal remedies are an enjoyable read.

The basic recipe for horehound tea is simple: 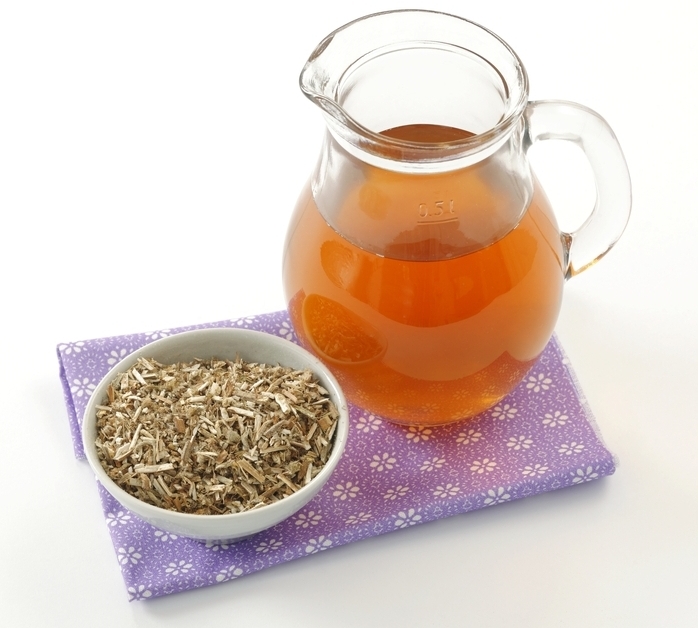 Horehound is just one of many garden herbs we offer here at Seed Needs, and we're proud to offer fresh, non-GMO seeds packed right here in our home.

Our  family business is committed to customer service, preserving and promoting heirloom and culturally-significant plants, and making sure our dogs don't spend countless hours on expressway corners, wearing tight, glittery sweaters, cheap rhinestone collars, and off-brand lipstick. Dogs belong safe at home, on our sofas or in securely-fenced yards, where they won't be tempted to jump into strangers' cars and end up on "MISSING" posters.

If you'd like to help (at least with the seed preservation stuff) or you want more information about our catalog, we hope you'll contact us and let Seed Needs help you give your garden its healthiest start.